JUPITER, Fla. (17 March 2021) – Sean Creech Motorsport (SCM) makes another run at the top spot on the podium in a “home” race this week, taking on the 69th annual Mobil 1 Twelve Hours of Sebring in the IMSA WeatherTech SportsCar Championship’s new LMP3 class (Saturday, NBCSN, 10:00am ET).

The team, and it’s No. 33 SCM Exelixis Ligier JS P320, served notice in January with an impressive second-place finish in its first WeatherTech series event. But the team, including drivers João Barbosa, Lance Willsey and Yann Clairay, are no strangers to IMSA.

Team principal Sean Creech estimates that 2021 marks somewhere in the neighborhood of 30 Sebring 12 Hour races for himself and several team members, dating back to the former IMSA GT Championship through the American Le Mans era until today.

“It was even harder back in the GTP era, since those were big downforce cars,” Creech remembers. “Racing in this series is always about survival, but even more so at Sebring.”

The LMP3 class is new to the WeatherTech series in 2021, though a version of the car competes in the IMSA Prototype Challenge (Creech won the 2018 championship title managing the ESM team before bringing the program in-house the following season). The team, like most of the LMP3 field, experienced its share of drama ahead of January’s Rolex 24 at Daytona as they came up to speed with the new car, but near-flawless execution by team and drivers brought the car home in second position. With a second straight home state race, the team is focused on reaching that top step. 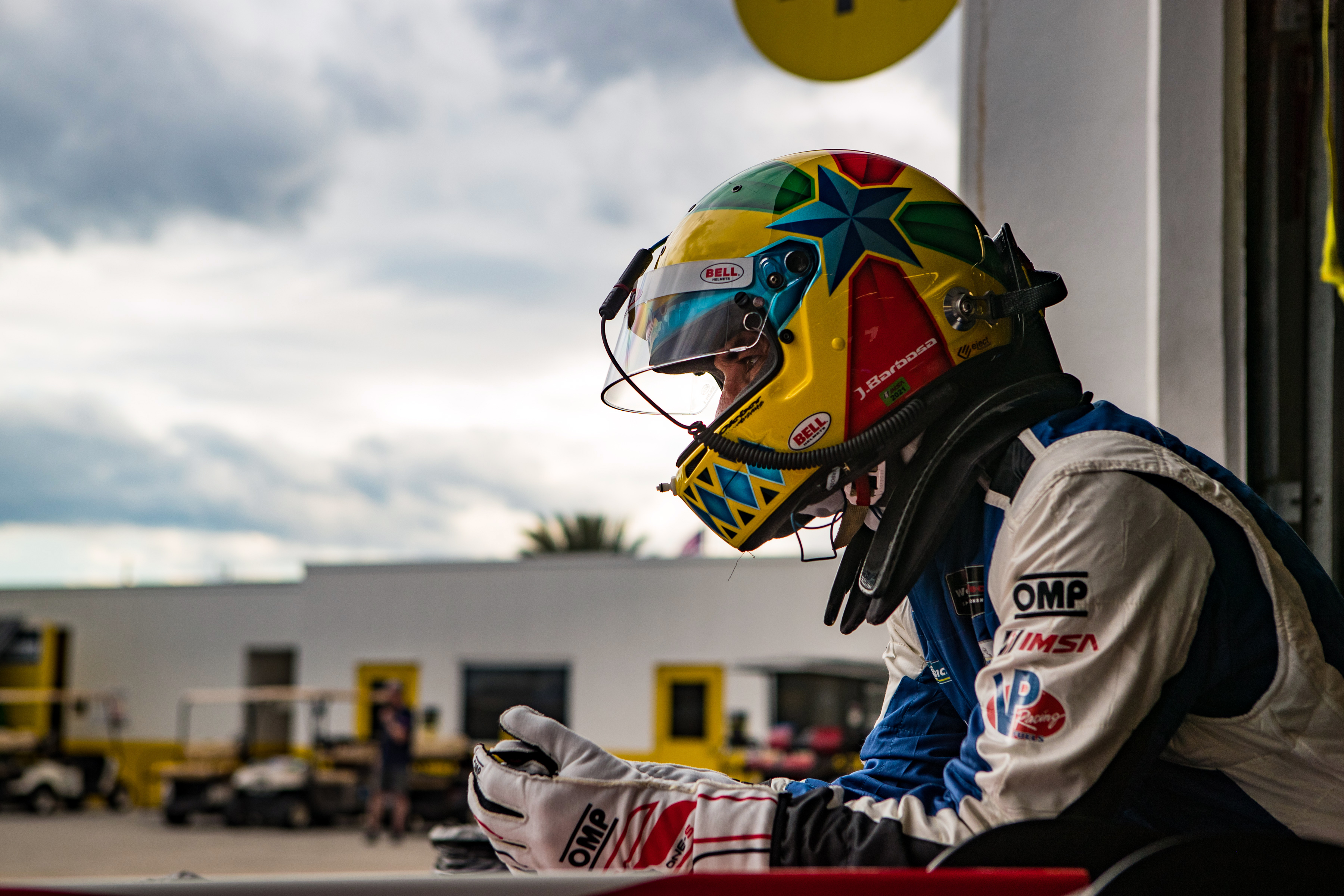 “We didn’t have a super easy week leading up to the Rolex 24, but I could see how hard the team was working to fix the issues with the car, and how passionate they were,” said Barbosa. “This team is not interested in just competing, they’re here to win every race. I’ve known Sean for a long time, he’s always been a racer, and I knew that mentality was there. The way they approached the race was on par with any other top team I’ve raced with.”

Local knowledge comes in handy around Sebring’s historic, but notoriously tricky (and bumpy) 3.74-mile circuit. Creech’s experience combined with Barbosa’s (the Ormond Beach, Fla. resident has 13 races at Sebring, including two wins and seven podium finishes, on his CV) puts the team a step ahead – as does the return of a familiar face to the pit stand, legendary sports car team owner, mechanic and strategist Mike Colucci.

Colucci worked with the team last weekend at Sebring, as they competed in both the Masters Endurance Legends series and the IMSA Prototype Challenge in the LMP3-2 class. The team took a hard-fought victory in the IPC race, with the track time keeping the team in top form – as did a recent test at Sebring, which confirmed its baseline setup as they prepare for the challenges of race week.

“Sebring is a totally different animal from Daytona, so we worked on every part of the setup and the suspension at the test,” said Creech. “On paper, it looks like an easier race than Daytona, but in reality, it’s so hard on the car, like no other track in the world. Things that don’t break at Daytona, break at Sebring. If you want to survive, you’ve really got to test there, and we had a very productive two days.”

“The test was the first time I’d driven the LMP3 car at Sebring, but we accomplished a lot, testing a lot of different things, and we were very happy with the results,” Barbosa agreed. “It’s a track that changes a great deal, but hopefully it will just be a matter of tweaking things. Sebring puts a lot of stress on all the components, and with all the bumps, it’s even more challenging than Daytona. The class is limited on the number of adjustments a team can do so to find the right compromise is difficult, but we’re happy where we are now”.

“Several teams have moved up to WeatherTech from IPC and they all have a great deal of experience with the first generation LMP3 car at Sebring,” said Willsey, who contested the series with Creech the past three seasons. “We had a pretty good framework to start with, but we continued progressing through the two-day test and I feel that we ended up with a fast car that’s comfortable over the long haul. The wild card this weekend is the weather, and how the car handles it, both inside the cockpit and on the components. The demands at Sebring are radically different from Daytona, but we’ve looked at every point of potential concern. We have a good sense of the amount of abuse the platform will take in different areas: for example, there are profound differences in the car between low fuel load and older tires versus full fuel and new tires, especially on the bumps. It magnifies the importance of teamwork.”

Clairay, from Laval, France, heads to Sebring International Raceway for the first time this week, armed with videos and data from the team’s recent test. The veteran racer, who has extensive Ligier testing experience with the LMP3, knows well the task ahead.

“I know it’s a real challenge ahead of me, as the track is very physical and it doesn’t allow any mistakes,” said Clairay. “I feel as though I’m going to rediscover the spirit of street-type racing a bit, but with higher speeds! I’ve watched videos with on-board cameras and I’ve also been working on my simulator, so I’ll be ready. I am really very happy to race at another monument of American motorsport, and I want to thank Lance, Sean and João for their trust in me. We had a solid race at Daytona without any errors from the team and the drivers: that result has built confidence among all team members and will help us try to climb a step further.”

The 69th Annual Mobil 1 Twelve Hours of Sebring Presented by Advance Auto Parts takes the green flag Saturday, March 20 at 10:10 a.m. Eastern. The race will be broadcast live in the U.S. on the NBC stations listed below and on NBC Sports Gold’s TRACKPASS, while international viewers can watch via IMSA.tv. IMSA Radio will also be available at IMSA.com.