Coming off a second-place finish in January’s Rolex 24 At Daytona, the SCM team is focused on reaching that top podium step at Sebring in the first points-paying event of the 2021 IMSA WeatherTech SportsCar Championship.

Three practice sessions on Thursday gave drivers João Barbosa, Lance Willsey and Sebring first-timer Yann Clairay the chance to develop the race setup through the shifting conditions presented during morning, afternoon and night practice. The extreme heat that made track grip levels so difficult in practice was gone by Friday, as was the rain that had pummeled the track overnight.

With track and ambient temperatures in the low 70s, Willsey took the wheel for the 15-minute qualifying session. At the end of seven laps, he had set his quickest lap time of the weekend at 1:58.991 and placed the No. 33 Ligier sixth on the starting grid. Preparing for only his second 12-hour race at Sebring, Willsey felt that the car the team put on the track today is ready to go the distance. 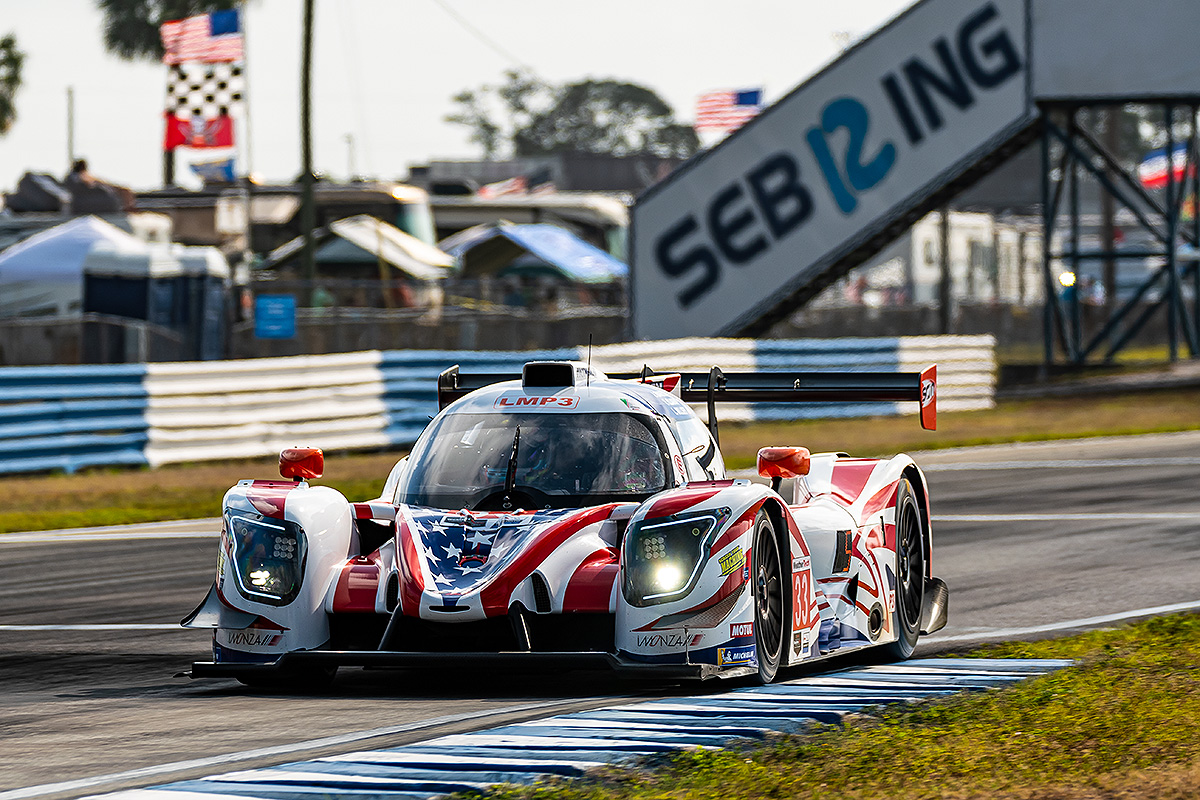 “The car is very easy to drive and very consistent,” said Willsey. “That said, I take no pride in qualifying sixth! But we tried a lot of things yesterday and amalgamated the things that worked, so we have a really good car going into the race. I have the upmost faith in my co-drivers so I’m confident we’ll be able to fight for the front.

“But this race places just as great of an emphasis on the crew as the driver. The track is very demanding on the car, with all the surface transitions and different types of corners. We ask a lot of the car, so setup makes all the difference. If the car can’t make it 12 hours, or is hard to drive, that’s your race. So good crew, engineer and strategist calls are vital. For the drivers, we have to be smart and manage the calculated risks. You have to make the right calls and execute them perfectly, because anything less than perfection here is trouble.”

As a two-time Sebring 12 Hour winner (2012, 2015), Barbosa knows exactly what it takes to win the grueling endurance classic.

“It’s the same mentality as Daytona: survive the first hours of the race,” said Barbosa. “Sebring is much tighter than Daytona, so there are fewer opportunities to overtake, which means there is more risk involved in traffic. It’s also important to have a car that works well in the heat of the day but even better at night, so that’s one of the major challenges we have ahead of us. But staying out of trouble will be the priority for everybody.”

Clairay completed his first laps on the 3.74-mile Sebring circuit on Thursday, but feels that he is ready for the task ahead.

“It’s a crazy track!” said Clairay. “Very different from tracks in Europe, with the pavement changes. But I’m happy with my times.  It’s a good car for me, so I just need a few more laps to be completely comfortable. I’ve got the reference points down after yesterday’s practice sessions. It’s a long race, and this is a very physical track, so having a comfortable car under you is very important. Key will be to keep the car on the track and make no mistakes.”

For team principal Sean Creech, whose team won the IMSA Prototype Challenge race at Sebring last weekend in the LMP3-2 class, having a car comfortable to drive was the first order of business.

“It went well,” said Creech. “Lance drove his quickest lap of the weekend and the car was more comfortable to drive. We’ll try a few more changes for morning warm up, just to try a few things, but as Lance said at the end of the session, it’s a good car. It gives the drivers plenty of confidence to go out there for 12 hours.”

The 69th Annual Mobil 1 Twelve Hours of Sebring Presented by Advance Auto Parts takes the green flag Saturday, March 20 at 10:10 a.m. Eastern. The race will be broadcast live in the U.S. on the NBC stations listed below and on NBC Sports Gold’s TRACKPASS, while international viewers can watch via IMSA.tv. IMSA Radio will also be available at IMSA.com.

About Sean Creech Motorsport
Team leader Sean Creech has competed in a multitude of sports car series from 1990 until the present day, including Group C, IMSA GTP, WTSCC, Grand-Am, SRO World Challenge, and IMSA. SCM moves to the WeatherTech Series in 2021 with Joao Barbosa and Lance Willsey.