Jupiter, Fla. (6 January 2022) — Sean Creech Motorsport (SCM) returns to IMSA WeatherTech SportsCar Championship action in 2022 for a full-season campaign in the quickly-growing LMP3 class. The team will field the No. 33 Sean Creech Motorsport Exelixis Ligier JS P320 and will open the 2022 season with an outing in the 60th running of the Rolex 24 At Daytona January 29-30.

Four-time Rolex 24 winner João Barbosa and Dr. Lance Willsey will make up the full-season lineup, while 18-year-old Malthe Jakobsen and 20-year-old Sebastian Priaulx are set to make their Rolex 24 debuts.

Barbosa and Willsey raced with SCM in 2021, finishing second at the Rolex 24 and contesting four races in the debut season for LMP3 in WeatherTech competition. Both drivers have lengthy histories with SCM: Barbosa first drove with the team over 20 years ago, while Willsey raced several seasons with the team’s IMSA Prototype Challenge effort and has also partnered with the team in vintage competition as well. 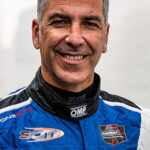 “The team did such a good job last year, so I think there’s huge potential for this year,” said Barbosa, a resident of nearby Ormond Beach who is set for his 20th Rolex 24 start. “We finished second last year and we want to do as good or better. With Malthe and Sebastian, it’s a young and strong team to face the challenge of the LMP3 class. Malthe knows the car and his experience in Europe really helps. I coached Sebastian in a few races last year and have followed his progress, he did a stellar job last year. He has huge potential as well and this will give him great experience. We’ll get them as many laps as we can at the Roar, but we know they’ll have plenty of time to get ready.” 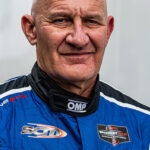 “I am very pleased to be back with the team and ready to take on the Rolex 24,” said Willsey, who will make his 13th Rolex 24 start this year. “This is such a special race and requires the highest level of commitment from team and drivers. We have a great driver lineup this year, with João, who of course has won this race four times, and Malthe and Sebastian, who are fast and eager for the challenge. I’m looking forward to it!”

Newcomers Jakobsen, from Denmark, and Priaulx, from Guernsey, UK share very similar background stories. Both come from racing families, both have enjoyed successful karting careers before moving to junior formula car racing, both have made impressive starts in sports car racing – and both will contest their first 24-hour race at the Rolex 24. 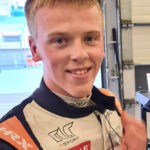 Jakobsen grew up at the racetrack alongside dad Lasse, who raced formula cars in Germany. He drove his first kart at age three and won several Danish karting titles before turning to cars in 2018. He won the Danish F4 Championship in 2019 before turning to sports car racing and competing in the European Le Mans Series. Jakobsen competed in the Asian Le Mans Series, ELMS, two Michelin Le Mans Cup events in 2021, and at Petit Le Mans.

He tested in the SCM Ligier in early December at Daytona, and his immediate pace caught everyone’s attention.

“We’d been talking to Sean for some time, and I tested with the team last month at Daytona,” said Jakobsen. “It’s a really great team and I’m glad we were able to put something together. I’m looking forward to working with the engineers and mechanics, and with João, Lance and Sebastian. They know the car and the setup so well. It helps that I’ve raced the Ligier in ELMS, but racing with the speed of the DPi cars, and all the traffic, will be different. This is a real endurance race, so I am doing sim work and physical training, so I’ll be ready for it!” 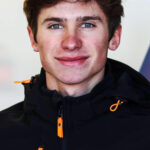 The son of three-time FIA World Touring Car Champion Andy Priaulx, Sebastian Priaulx parlayed a successful karting career into a two-year stint in the Ginetta Junior Championship, where he finished second in the 2017 title chase. He contested the 2018 British F4 Championship but shifted his focus back to sports cars and finished second in the 2019 British GT Championship. Priaulx made the move to the U.S. in 2019, winning in his IMSA Michelin Pilot Challenge debut at Road Atlanta. He returned to IMPC in 2020 with Multimatic and most recently raced to the 2021 Porsche Carrera Cup North America title.

“It’s a dream, to do this race,” said Priaulx. “I’m very excited, it’s my first 24-hour race, and I’m over the moon to be working with these guys. João was my driver coach last year so it will be great working with him at Daytona. Sean has such a great history and it’s a good group of guys, so I’m ready to get going! I’ve watched a lot of 24-hour races and I know how draining it is, mentally and physically, so I’m doing a lot of training to get my endurance levels up, and a lot of sim work. It’s a very different kind of racing compared to a 45-minute sprint race, or the four-hour race I did at Daytona two years ago. It’s one of those tracks that can be easily underestimated, as it looks like a couple of corners and an oval. But it’s actually quite technical, and finding that last bit of speed is difficult, but I’m excited for the effort.”

The SCM team, including team principal Sean Creech, brought a successful 30-year racing history to the series, with a racing resume that spans the decades and includes Group C, IMSA GTP, WSC, Grand-Am, SRO World Challenge, and IMSA competition. Creech’s Jupiter, Florida-based team includes a roster of crew and consultants that have worked with him for years and are ready to return to IMSA action.

“I’m glad we could put this effort together for 2022, especially with this outstanding driver lineup,” said Creech. “It’s a great combination – two veterans, including a four-time winner, and two young drivers who are already proven winners. Between myself, the crew, Lance, and João, we have literally thousands of miles at Daytona under our belts – we’ll get Sebastian and Malthe up to speed quickly at the Roar and be ready to take on the 24. We’d like to return to the podium but obviously, one step higher!”

The Rolex 24 at Daytona event gets underway January 21-23 with the traditional Roar Before the 24 at Daytona International Speedway.