DAYTONA BEACH, Fla. (23 January 2022) – Sean Creech Motorsport (SCM) came into the Roar Before the 24 – the preview event for next weekend’s legendary Rolex 24 at Daytona – with one goal in mind: ensure that all four drivers were up to speed and ready to contest one of the world’s most grueling sports car races in the world.

Four-time Rolex 24 winner João Barbosa has 19 starts in the legendary event, while Dr. Lance Willsey is close behind with 11 starts. But the pair of youngsters joining the team at the Roar and the Rolex, 18-year-old Malthe Jakobsen and 21-year-old Sebastian Priaulx, showed this weekend that they could make their own marks on the endurance racing scene.

The No. 33 SCM Ligier JS P320 led two of the four practice sessions of the weekend ahead of Sunday’s 100-minute race to set the Rolex 24 grid. The race saw non-stop action throughout the five classes and more than its share of skirmishes. The No. 33 Ligier took a significant hit from behind in the kink on lap two and a trip through the grass to avoid a separate incident mid-race to take the checkered flag in fifth position.

Barbosa, Willsey and Priaulx shared the first session on Friday, working on car setup and getting Priaulx up to speed in his first stint in a prototype. Barbosa, Priaulx and Jakobsen split the afternoon, with Jakobsen setting the quickest lap of the day for an LMP3 car on the final lap of the session. Priaulx set the quick lap of the Saturday morning session until persistent light rain sent the team back to the garage.

Priaulx and Willsey then headed to the IMSA Prototype Challenge grid, as the pair also contested the three-hour season-opener for the series. Starting 10th after a run-in with the Turn Five tire barrier in morning practice limited their track time, Willsey took the green flag behind the wheel of the Ligier JS P320 in treacherous conditions, as the earlier light rain had turned steady and cold. Willsey survived an opening lap bump from behind and spin in the Bus Stop to keep the car in contention. Priaulx took the wheel midway through the race (his first stint in the car) and made calculated passes to reach the leader and unlap himself, getting back on the lead lap with 40 minutes left to finish in sixth position.

Willsey headed straight from the IPC transporter to pit lane, jumping into the No. 33 for Rolex 24 qualifying. He laid down a lap of 1:46.053 to put the car sixth on the starting grid and took the green flag to start the race on Sunday afternoon. His adventures began very shortly thereafter. 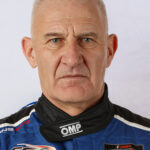 “I got by one car at the start and things were falling into place when a car locked up going into Turn Six and hit me in the rear,” said Willsey. “That spun me, and sent me behind a barrier, so it took a while to get going again, and that really cost us. I’m thankful the car is okay. Big picture, I think we’re in a very good place for next week. I’m thrilled to have the co-drivers that I do and we have a great team, but it’s endurance racing, so anything can happen.” 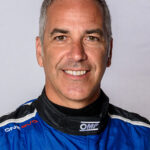 24,” said Barbosa. “We’ve had the chance to test for a few days and to race, to see how the car reacts in a long stint during race conditions, which is good prep. We have the speed, the team is doing a great job, and we got all the drivers comfortable with the car – it’s not about the one-lap speed, it’s being consistent and staying out of trouble, so we’ll reiterate that with Seb and Malthe, and ourselves as well. We’ll work on a few things between now and next weekend, but I think we’ll be in good shape.” 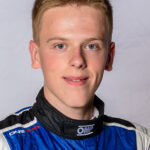 “I’d only driven 10 laps here before this weekend, so the track was still quite new,” said Jakobsen. “I used the first few laps Friday to get used to it – I didn’t want to crash the car on the first lap! I have a lot of experience in this car and I know how it feels, but the track is new to me, though it wasn’t hard to learn – as long as I know the limits of the car, it’s super easy for me to learn a new track. It wasn’t even that difficult at night, with all the lights. I didn’t get a lot of laps, but we have much more track time next weekend.” 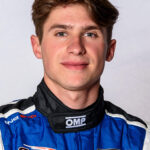 “The IPC race was good experience for me ahead of the Rolex 24,” said Priaulx. “A good two hours in the car and a good bit of fighting, so that was quite valuable. This weekend has gone exactly how I wanted it to go. It’s quite different from what I’ve done, this is the real time big stuff. It’s not just about going quick. And learning to share the car is important as well! Night practice was the biggest challenge for me – it felt really quick and everything comes up to you so much quicker. You have to manage the cars in front and the cars coming up behind you, especially when you don’t know if they’re a GT car or a DPi.”

“We knew going in that we had a solid lineup,” said Creech. “We tested a few young drivers and Malthe and Seb really impressed us – we knew they’d be the best fit, and that’s been shown the past few days. We tested here late last year, and we knew what the problems were with the car last year so we’ve handled all those issues. We have the speed; we just need a little luck. The car is good, we just need to make it better.”

The Rolex 24 at Daytona takes the green flag next Saturday at 1:40 p.m. Eastern. The race will be broadcast live in the U.S. on the NBC family of networks (NBC, USA and streaming at Peacock TV), while international viewers can watch via IMSA.tv. IMSA Radio will also be available at IMSA.com.

Sean Creech has competed in a multitude of sports car series from 1990 until the present day, including Group C, IMSA GTP, WTSCC, Grand-Am, SRO World Challenge, and IMSA. SCM moved to the WeatherTech Series in 2021 with João Barbosa and Lance Willsey