The Porsche Carrera Cup North America championship contender, who spotted for the team at its victorious Mobil 1 Twelve Hours of Sebring, joins Lance Willsey in the IMSA Prototype Challenge race this weekend at Mid-Ohio

Thompson has worked with the team at the Mobil 1 Twelve Hours of Sebring for the past two years, acting as race spotter. Willsey and the team had been looking to get Thompson in a car at some point in the season and the opportunity presented itself this weekend, as Willsey and the team look to get more track time at the challenging 2.4-mile road course. 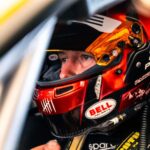 Thompson has a great deal of experience as a race spotter and driver coach, but the 24-year-old Red Deer, Alberta native is now focused on his own racing career. With extensive experience in the open-wheel Road to Indy (where he twice finished second in the USF2000 Championship), Thompson made the move to sports car racing and competed in the IPC series at the 2020 season finale at Road Atlanta. Shifting to the Porsche Carrera Cup North America last year, Thompson finished third in the final standings and has returned to the JDX Racing Porsche 992 this season with unfinished business. He swept both races at WeatherTech Raceway Laguna Seca two weeks ago, which put him second in points – and got everyone’s attention.

“I can’t thank Sean Creech and Lance Willsey enough for the opportunity,” said Thompson. “That was how I accepted the job last year at Sebring: they needed a spotter at the last minute and I told them that I was stepping away from doing too much spotting because I don’t want people to get the wrong idea – I’m in this sport to make a career as a driver. They said they’d give me a test, and now it’s turned into a race opportunity and I couldn’t be more thrilled.”

“Parker has been a valued member of the team, helping us out the past two years at Sebring, said Willsey. “I had the opportunity to watch his most recent races at Laguna Seca in Carrera Cup, and I was very impressed with his race craft and tire management while taking two victories. Mid-Ohio provides an ideal opportunity for him to gain further experience with the LMP3 car.”

“We’ve gotten to know Parker over the last two years,” said Creech. “He stepped in at the last minute in 2021 – we originally spoke with Jonatan Jorge about handling spotting duties at Sebring, since JJ coaches Lance, but he had a conflict and he suggested Parker. He agreed to come back this year, though we know that this isn’t his focus in racing right now. He did great at both races – it’s a balance between information and the amount that the spotters talk on the radio, and Parker did a really good job with that. When Lance decided to do the IPC race, we gave him a list of possible co-drivers, and when we got to Parker, Lance immediately said, “let’s go with Parker.” 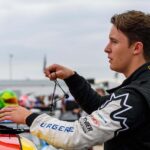 The team conducted several tests at Mid-Ohio over the past month, but with little cooperation from mother nature: most of the tests were in cold and rainy conditions. With the forecast for this weekend calling for temperatures in the 80s and (mostly) dry, every bit of knowledge that can be gleaned along the way will be valuable. The team has confidence with their pace, and will look to fine tune between both the IPC and the WeatherTech Ligier entries, since they are virtually identical (“as close as we can get them” said Creech) – and the IPC sessions provide more track time for Willsey on the very tricky Mid-Ohio road course.

“We were here testing both cars several weeks ago and one morning was 27 degrees and never got above 50!” said Creech. “It’s going to be warm this weekend, nearly double that we had in testing, so the additional track time helps. We know Parker’s performance level and we certainly know his work ethic, so we’re glad to give him the opportunity to get in the car. We’re asking a lot of him, to get up to speed quickly, but we know he can handle it.”

“I’m just looking forward to working with the team – I’ve gotten to know most of them, they’ve heard me talking on the radio for 24 hours over the past two years!” said Thompson. “But it will be good to work with them on this level, to get to know Sean and Lance better, and to help the team get more track time. They’re leading the LMP3 points and they want to stay there, so that’s the bigger picture. I just want to have fun and bring the car home in a good spot.”

The IMSA Prototype Challenge race takes the green flag Sunday at 9:20 a.m., with flag-to-flag coverage on PeacockTV. International viewers can watch via IMSA.tv, with IMSA Radio also available at IMSA.com. A race replay will air on USA Network Saturday, May 21 at 2:00 p.m. Eastern.