The SCM team came from behind to take a second-place finish in the IMSA Prototype Challenge race Sunday morning with Lance Willsey and Canadian Parker Thompson, but the marquee Chevrolet Grand Prix saw the team suffer two separate incidents that ended the day early – despite valiant efforts by the crew to get the car back on track after lap one contact that resulted in suspension damage. 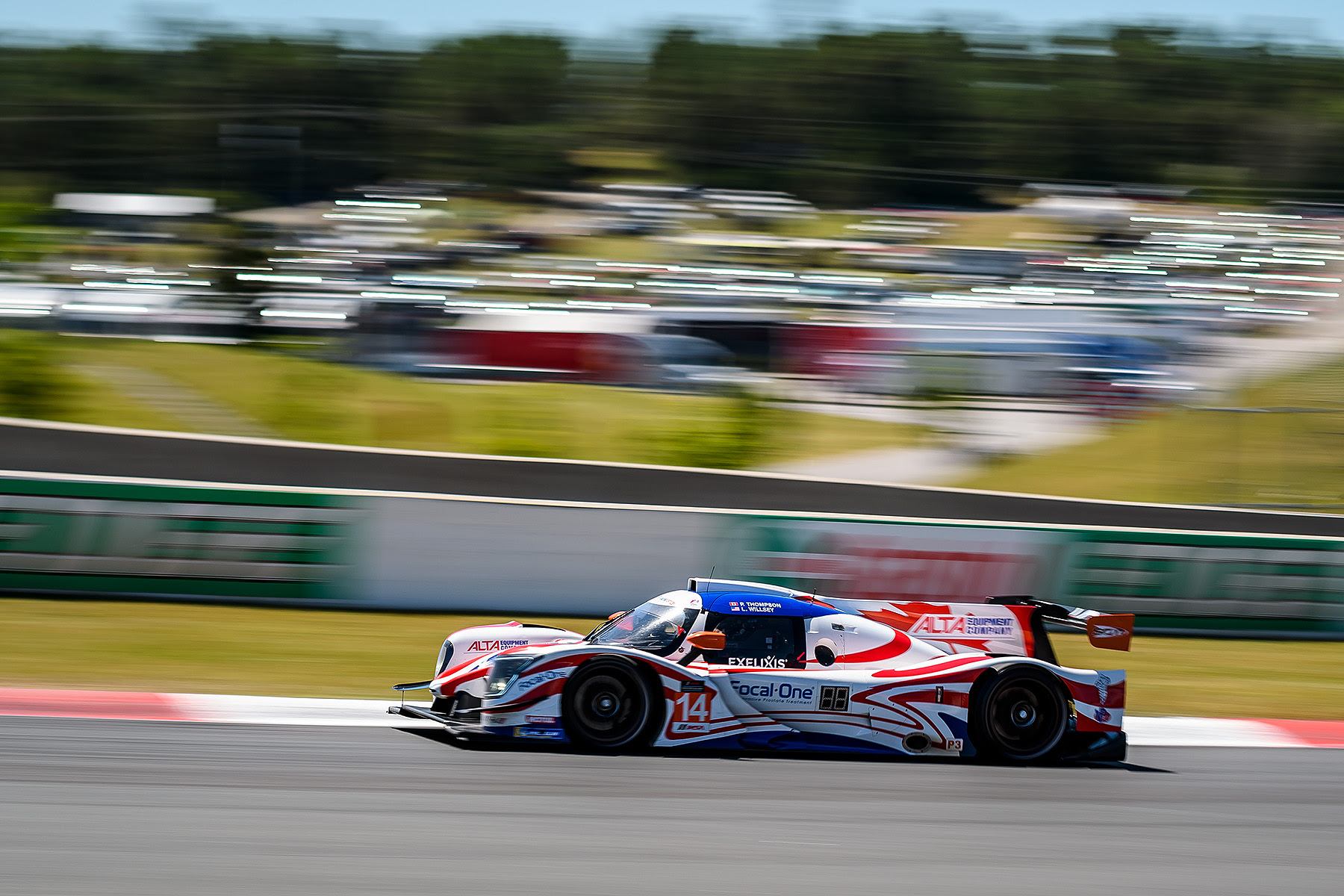 Willsey and João Barbosa worked hard through the weekend to find the balance between speed and stability with their No. 33 SCM Exelixis/Focal One/Alta Equipment Ligier JS P320, given the significant bumps the drivers encountered on the 2.459-mile road course, despite a complete repaving in 2020. Willsey took the wheel for the 15-minute session and put the No. 33 in sixth on the starting grid. But going into turn one on lap one, the No. 36 LMP3 was checked up and got sideways, tagging Willsey and sending him into the wall. The No. 33 Ligier returned to the garage and the team completed repairs in a remarkable 15 minutes. Unfortunately, Willsey encountered difficulties in that same turn midway through the race and spun, catching the tires and putting the car out of the race in sixth position.

However, Willsey’s experience in the Prototype Challenge race earlier in the day came to a much happier ending. Putting down smooth and steady early laps in the No. 14 SCM Exelixis/Focal One/Alta Equipment Ligier JS P320, Willsey took advantage of others’ mistakes and made solid passes when the opportunity arose, moving up steadily from his eighth-place starting position before handing the wheel to Red Deer, Alberta’s Parker Thompson. 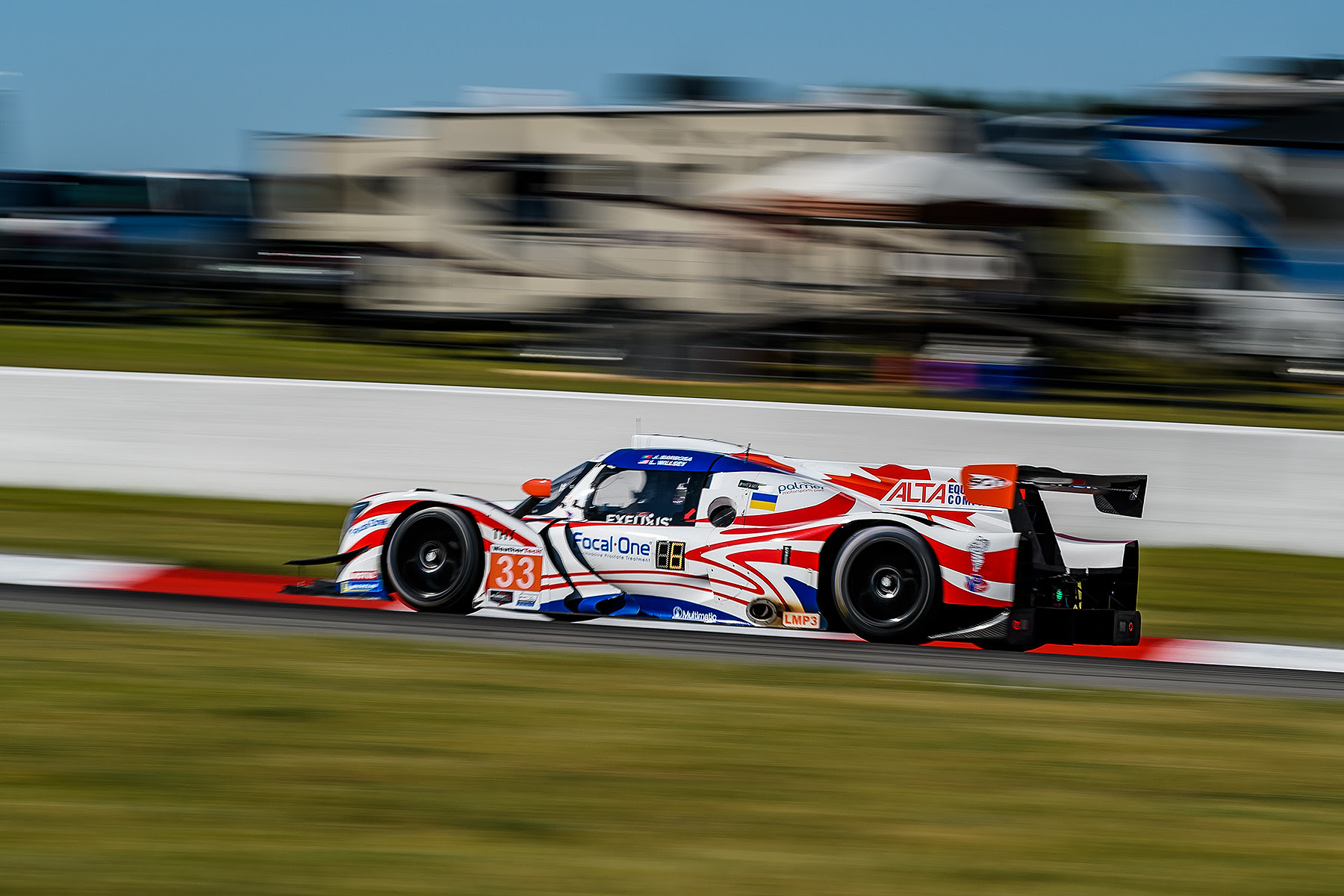 Unfortunately, as Thompson, 24, put it, “we were quick on track and we were a little (too) quick in the pits,” as the team left pit lane .5 seconds quicker than the mandated 94-second pit stop. Thompson came in for a stop-and-hold in pit lane and returned to the action in sixth position, but at the back of the field and behind lapped cars. On the restart after a yellow, Thompson began an impressive march to the front, picking off cars one by one – except for third and fourth, which he passed in one shot. Thompson took the checkered flag in second position while setting the race’s fastest lap time by half a second.

“I had so much confidence in that drive, with all the Canadian flags around the track,” said Thompson. “It’s every Canadian’s dream, to stand on this podium. The team did an awesome job, the car was hooked up so I kept my head down and picked off cars the best I could. The racing gods here at CMTP were on our side, we got a caution, and I was able to really get after it. It was great to get Lance on the podium, he deserved it, he drove a great stint. Proud of the entire team!”

Naturally, it was not a happy scene for Barbosa, Willsey and team principal Sean Creech after the WeatherTech race, all three disappointed in the race’s outcome.

“It’s been a challenging day,” said Barbosa. “The crew did everything they could to get us back out but there was too much damage. The morning was such a positive, we were really looking forward to this afternoon. We will focus forward and look forward to Road America.”

“It was really unfortunate,” said Willsey. “It was a lot of hard work top to bottom to come up with a very competitive car, but first corner, first lap the Andretti car went wide in an accordion effect and he ran me into the wall. It was a pretty big hit, but the team came together and got us back out. I felt as though I hit fluid in turn one later in the race and couldn’t catch it. But I can’t say enough about the dedication of the team and the quality of the car they gave us. I ran my fastest laps of the weekend even with a wounded car, I think we could have put up a good fight. 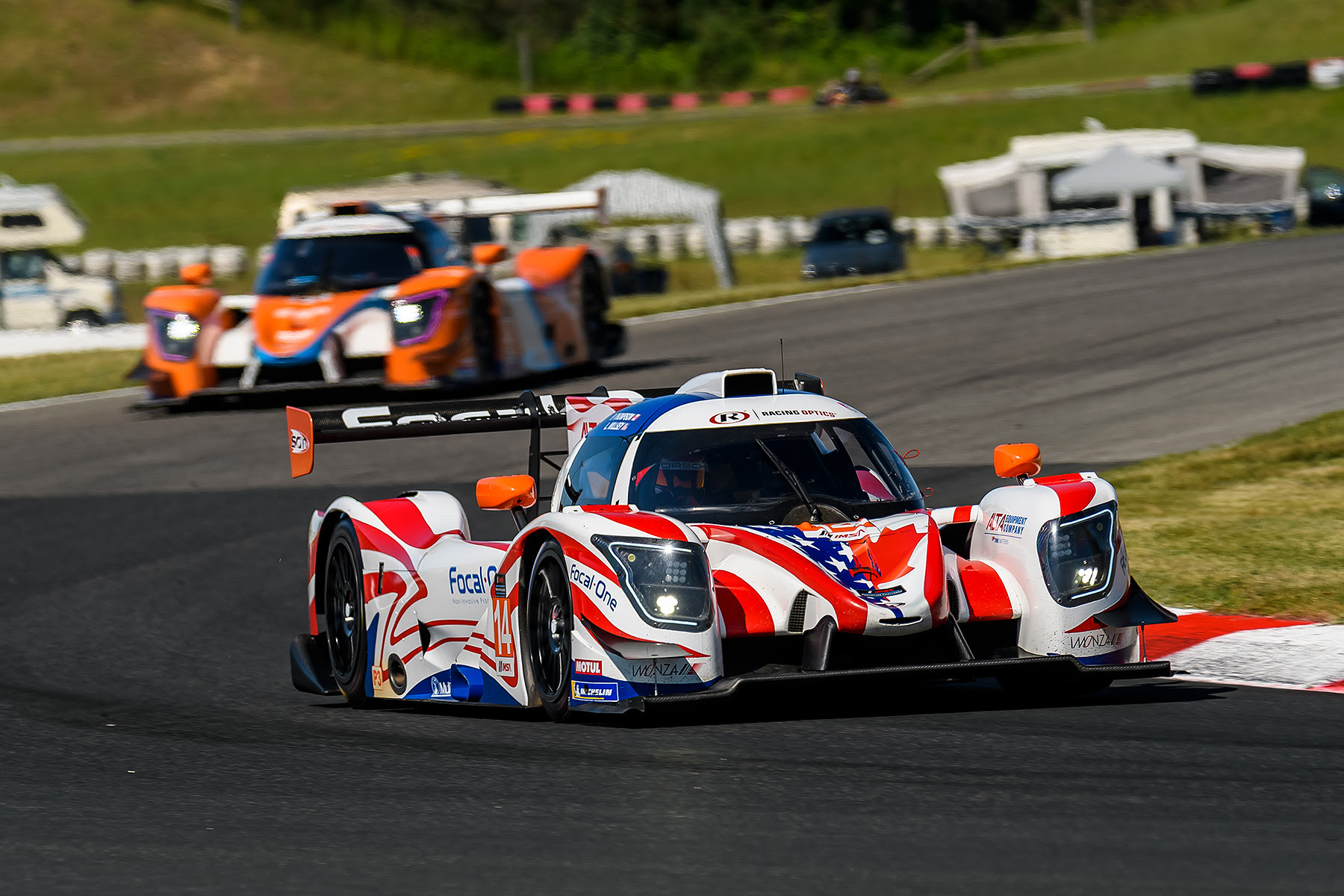 “And all the credit goes to the team for the car they gave us this morning. Parker has quickly become an integral part of our team – extremely knowledgeable and helpful with feedback and setup. He almost took us to the front but P2 was great. It was fun, it was a clean, hard race.”

“Unfortunately, we were involved in an incident early,” said Creech. “We were able to get back out there, even with a damaged car, and put down some good laps before the second off. The team worked hard to get it back out there so it’s disappointing, but we’ll get ready for a test at Road America and the race weekend in a few weeks. Lance and Parker did a great job this weekend,  as did Joao in the 33. Parker was awesome in the car – it was unfortunate we had the drive-through, it probably cost us the top spot, but we’ll take second.”

SCM would like to thank Alta Equipment Company and Focal One for their continued support.

Next up for Sean Creech Motorsport will be the IMSA SportsCar Weekend at Road America August 4 – 7. The race will be broadcast live in the U.S. on PeacockTV and tape-delayed to air later that evening on USA Network while international viewers can watch via IMSA.tv. IMSA Radio will also be available at IMSA.com.