For the second race in a row, contact with the No. 36 entry undermines a strong effort by the SCM team 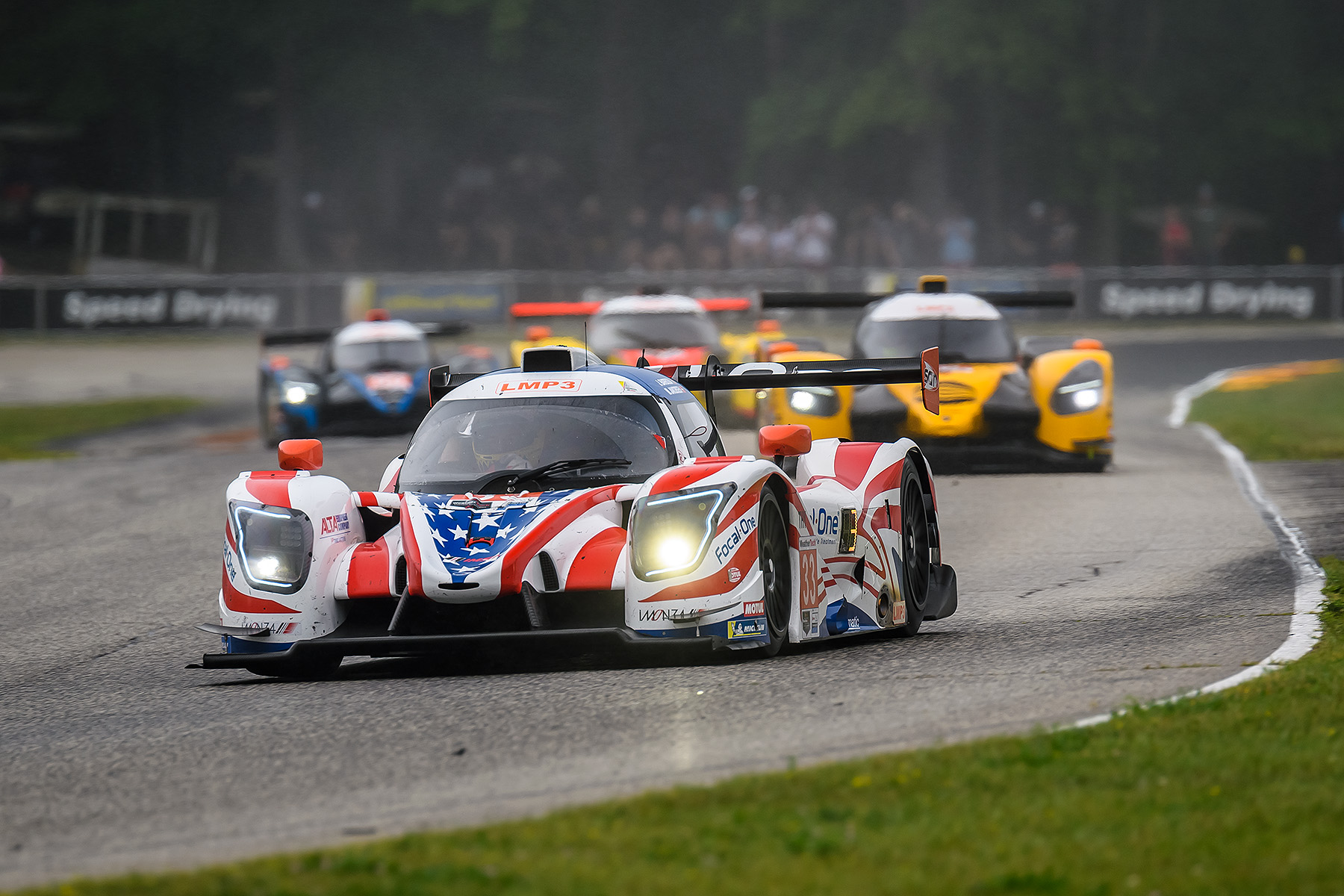 ELKHART LAKE, Wis. (7 August 2022) – After getting caught up in another driver’s mistake, Sean Creech Motorsport (SCM) saw a solid result go by the wayside midway through the IMSA Fastlane SportsCar race at legendary Road America on Sunday.

Drivers João Barbosa and Malthe Jakobsen combined to keep the No. 33 SCM Exelixis/Focal One/Alta Equipment Ligier JS P320 in the top three despite rapidly changing weather conditions early in the two-hour and 40-minute event. But midway through the race, the Andretti LMP3 in second position went off course between turns 13 and 14 and came back on track directly in front of Jakobsen, who was unable to avoid. Jakobsen slid into the tires, ending the promising race early for the team. The two cars had tangled on lap one in the previous event, with the No. 36 sliding into the No. 33, ending the day early there as well.

The day had begun with a great deal of promise, after Saturday’s record-setting pole lap by Jakobsen – whose pole time of 1:59.434 was the quickest LMP3 lap of the entire weekend. But with Sunday dawning gray and cloudy, with a significant chance of rain, teams knew that tire strategy and pace in wet and dry conditions would be key – as would staying out of trouble.

Jakobsen took the green under cloudy and cool conditions and within two laps, paced right on the rear wing of the LMP2 car ahead. The pair swapped positions back and forth, with Jakobsen deciding that preserving his Michelin tires – and his car – was the better idea. 25 minutes into the race and with a light rain starting to fall, a full course caution came out for a car into the turn eight gravel. With rain on the radar, the team took the opportunity to change to rain tires, taking on fuel and making the change to Barbosa.

Coming back out in third position, Barbosa did the best he could to manage the rapidly changing track conditions, as the racing line quickly began to dry. A full course caution with an hour and 20 minutes remaining offered the chance to change back to slick tires – and to Jakobsen, who would take the car to the finish.

But shortly thereafter, the No. 36 LMP3 ahead went off in turn 14 and collected a sign, undoubtedly obstructing his view. He came back on track and came across the track as Jakobsen crested the hill and approached at full speed. With the No. 36 careening across the track, Jakobsen had nowhere to go – he attempted to pass on the left but once he hit the wet grass, it was a quick ride into the tires and out of the race. 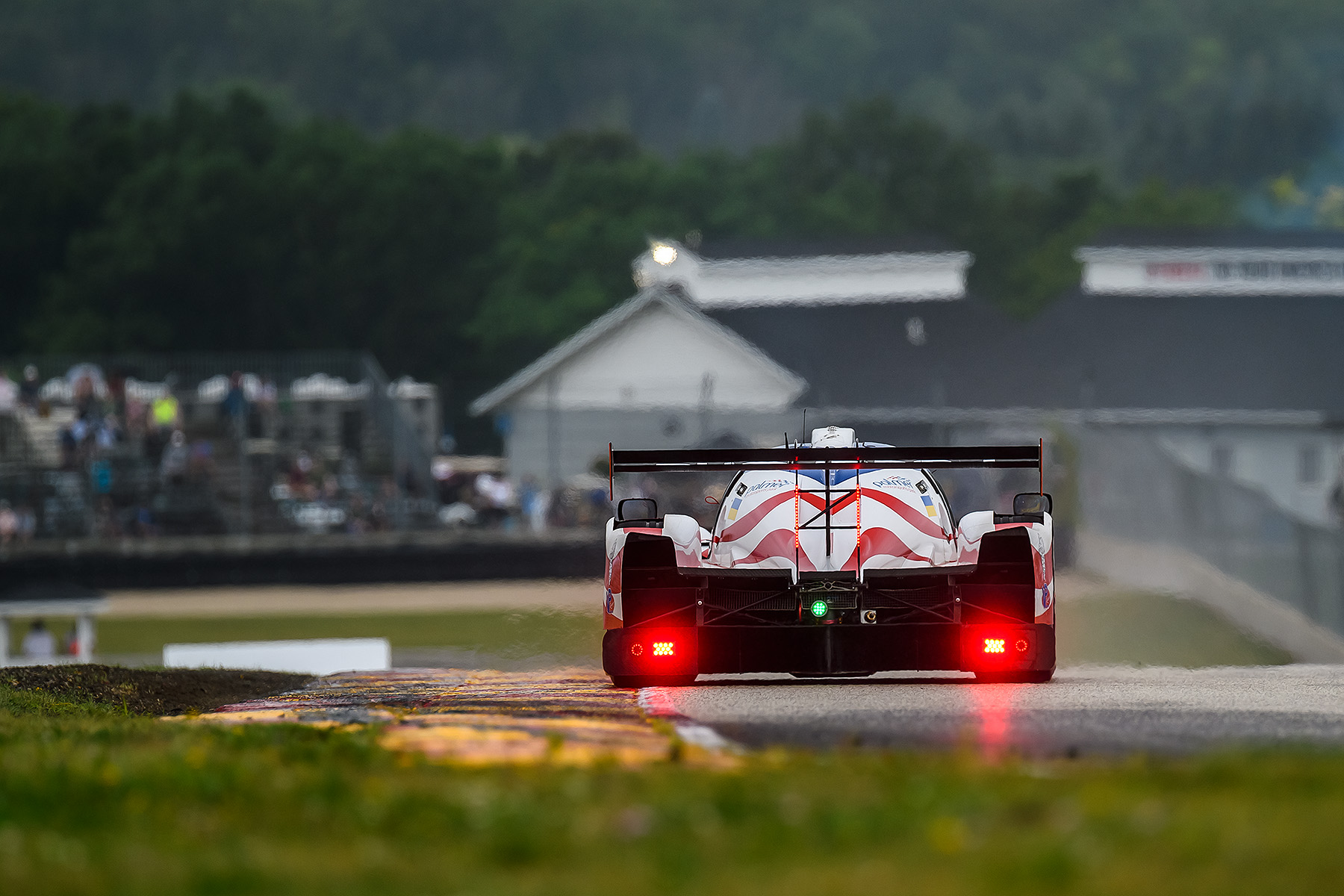 It was a disappointing end to the day for the entire team, particularly after showing strong pace in the race to follow on the impressive speed that both Barbosa and 18-year-old Jakobsen showed all weekend long.

“The team did a great job with the strategy,” said Barbosa. “But I went out on rain tires with the DPi cars who were still on sticks and got into the wrong position a couple of times and lost some track position. But I knew conditions were changing, I just needed to bring the car back and give us a chance for a good result. But unfortunately, we were involved in someone else’s mistake that really cost us. It’s so disappointing: the team did a great job all weekend, we had a strong car – but unfortunately, we couldn’t show it at the end where it mattered. Hopefully all the bad luck is gone now, on to Petit.”

“It was a good start, though I was struggling with a P2 car in front,” said Jakobsen. “I couldn’t get any free laps but it was okay since we were still in the LMP3 lead. Joao did a good job in his stint, it was tough with the rain ending so quickly. I went out back on slicks and I was getting closer to the No. 36 and he made a mistake and went off in the grass. I thought he was going to continue in that direction but somehow he made it back on track and I went off trying to avoid him. A really disappointing ending, the team did such a great job all weekend.”

“Joao really got the ugly stint, with all the rain,” said team principal Sean Creech. “Not a full wet nor a full dry track, but very slippery. Malthe did a great job but unfortunately, for the team, the crew, for Lance (Willsey, who had been unable to compete at Road America this weekend), it was unfortunate that we were put off by another car for the second race in a row. So now, we get ready for testing at Michelin Raceway Road Atlanta and hopefully, we can bring home a win at Petit le Mans.” 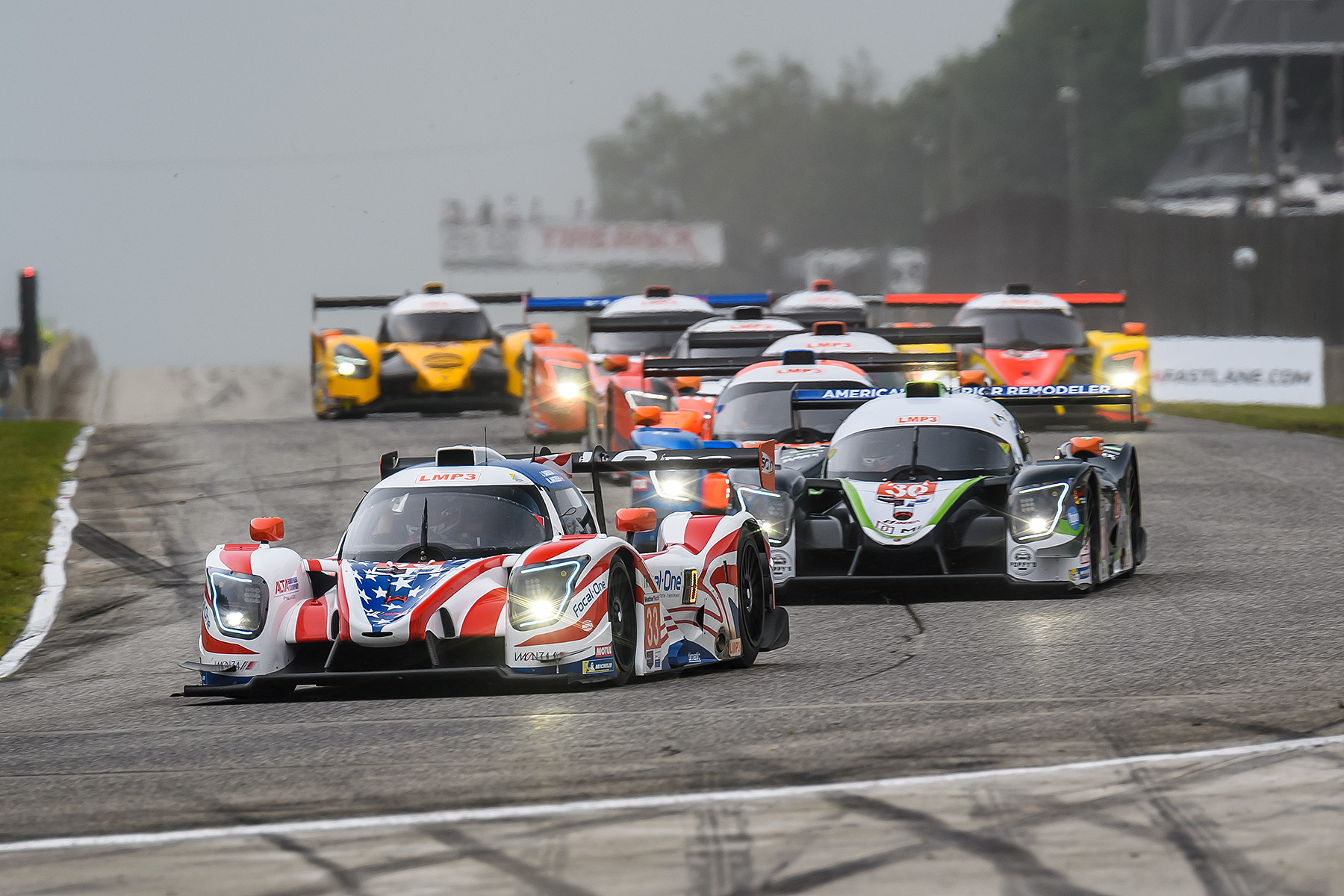 SCM thanks partners Alta Equipment Company, Focal One and Exelixis for their continued support.

Next up for Sean Creech Motorsport will be Petit Le Mans at Michelin Raceway Road Atlanta, the 2022 IMSA WeatherTech SportsCar Championship’s season finale – and race four of the Michelin Endurance Cup. The 10-hour endurance classic, set for Saturday, October 1, will be broadcast live in the U.S. on PeacockTV, with NBC and USA Network splitting the broadcast coverage. International viewers can watch the entire race via IMSA.tv. IMSA Radio will also be available at IMSA.com.

Team leader Sean Creech has competed in a multitude of sports car series from 1990 until the present day, including Group C, IMSA GTP, WSC, Grand-Am, SRO World Challenge, and IMSA. SCM will contest the full WeatherTech SportsCar Championship in 2022 with João Barbosa and Lance Willsey.